Ohio State boasts a record number of Fulbright recipients this year. Use our interactive map to find out about 16 Buckeyes teaching and studying around the world.

For the second consecutive year, Ohio State has made a Chronicle of Higher Education ranking of top Fulbright producers.

See the list, from The Chronicle of Higher Education.

The Fulbright ranking is the latest sign that Ohio State is a university on the rise.

“Ohio State is really increasing its participation with the Fulbright and gaining national recognition for our efforts,” says Dana Kuchem, who manages Ohio State's Undergraduate Fellowship Office and was a Fulbright recipient.

This academic year, 16 Buckeyes--recent alumni and graduate students--will represent the United States as student Fulbrights. They'll be teaching students around the world, sharing American culture and researching topics from physics to post-war Russia.

“Our students are a perfect fit for the Fulbright program,” says Linn Van Woerkom, associate provost at the University Honors and Scholars Center and recipient of the prestigious Fulbright International Education Administrators award. "They’re born ambassadors: outgoing, engaged in their communities and eager to learn about the world around them."

Ohio State has had 173 student grantees since 1986, averaging 10 recipients a year in the last five years.

In recent years, Ohio State has worked hard to make students aware of the opportunities. Ten years ago, Kuchem says, Ohio State might have submitted a dozen applicants for the grants; last year, the university forwarded 72 completed applications.

“Once we began encouraging students to throw their hat in the ring, more and more students began winning Fulbright grants, and the success has snowballed,” Van Woerkom says.

Patrick S. Osmer, vice provost for graduate studies and dean of the Graduate School, says international experience has always been an important part of a graduate school education--but is increasingly important "in this globalized world."

"The Fulbright programs provide critical support to our graduate students who are conducting research in other countries," Osmer says. "I’m delighted to see that Ohio State graduate students are successfully competing for these prestigious awards." 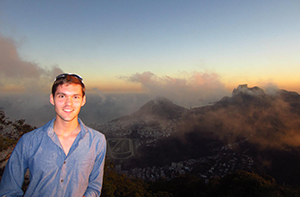 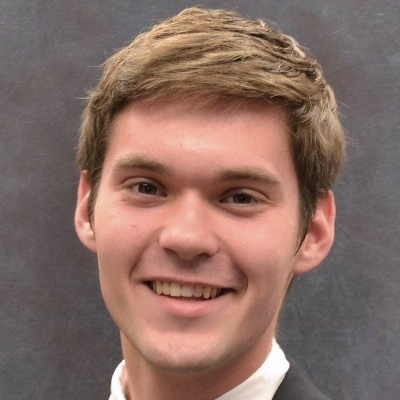 "I look forward to returning from Brazil with an enriched worldview of this rising global player."

In February, Baker will begin serving teachers and tutoring and teaching university students at Sao Paulo State University in Araraquara, Brazil. He credits people at Ohio State--and throughout Columbus--with "preparing me for this journey."

"I am thrilled to continue my ambition of lifelong learning as a Buckeye graduate. I look forward to returning from Brazil with an enriched worldview and a deeper understanding of the everyday people from this rising global player." 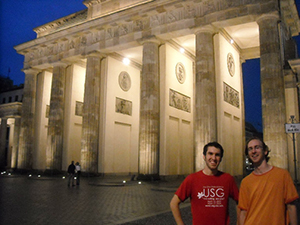 "To say that getting the Fulbright is an honor and a dream come true is an understatement. My grant has only just begun, but I've already met many great peers, American and German alike." 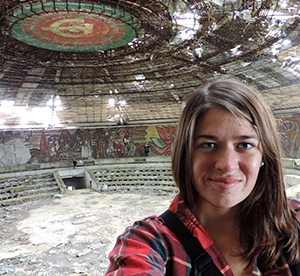 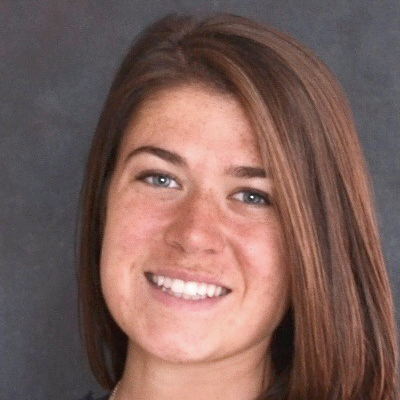 Using interactive games, creative writing and lessons about American culture to encourage conversation, Craycoft teaches middle and high school students in Bulgaria. She has already made an impact: her students are interested in forming a singing ensemble or an American music and film club.

"My work here in Bulgaria is just an extension of all that Ohio State strives to be as a leading American university--commitment to understanding and solving world issues, international relationships and paying forward the opportunity for a world-class education." 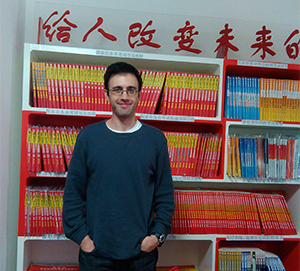 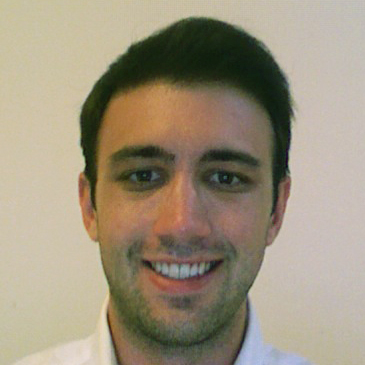 "My project is an economic, political, intellectual and cultural history of monetary reform in the last decades of the Qing."

Dean, already in China, will start work on his Fulbright research project in February. He'll use archives inside the Forbidden City in Beijing to research the economic history of China's last imperial dynasty, the Qing (1644-1912). He'll also travel to Tianjin, Wuhan and Shanghai for further research.

"I feel very fortunate to have the opportunity to spend time abroad, not only to undertake the research for my dissertation, but also to deepen my understanding of China, a place that is endlessly interesting." 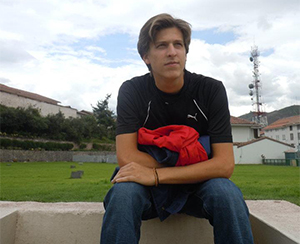 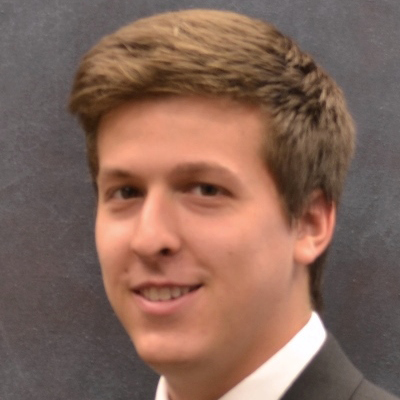 "From a personal standpoint, I will be able to learn from Brazilians about their unique culture."

Di Meo reports to Porto Alegre, Brazil in February to work as an English teaching assistant. He's eager to learn about Brazilian culture.

"I am excited to help contribute to Brazil’s plan to increase the quality of its English teaching ahead of the 2014 World Cup and 2016 Olympic Games. I look forward to a fantastic experience of helping Brazil prepare to shine on two of the world’s brightest stages and assisting individual Brazilians in achieving their goals." 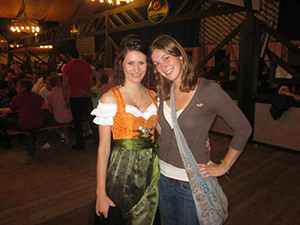 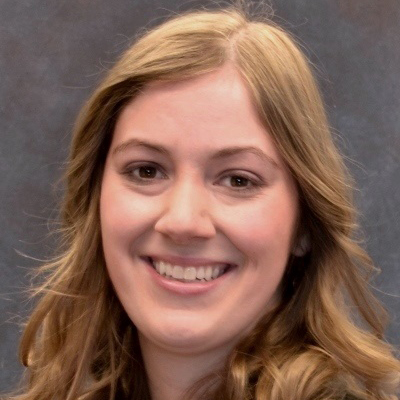 "I look forward to not only helping my students improve their English, but sharing a sense of Buckeye pride."

Hatten will be the first American foreign language assistant at the Dr.-Chr.-Hufeland-Mittelschule in Plauen, Germany. She hopes to shape the way students see the United States--and instill a sense of Buckeye pride.

"Being a Fulbright recipient is a great honor. I am fortunate enough to be at a UNESCO Project School, which places a great emphasis on diversity. I'll have an opportunity to work with the German as a Second Language class, comprised of students whose families have recently immigrated to Germany." 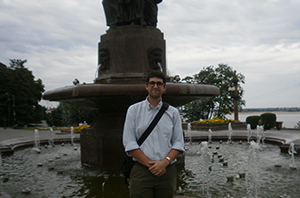 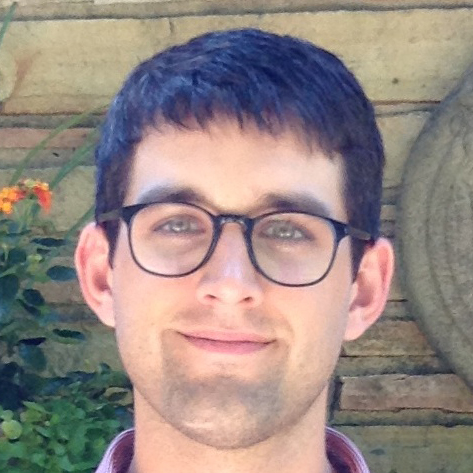 The Fulbright marks Johnson's fourth trip to Russia since starting graduate school at Ohio State in 2009.

Johnson is living in Volgograd (formerly Stalingrad), Russia, for a year, working with local historians and archivists to research the post-World War II reconstruction of the city. It's his fourth trip to Russia since beginning graduate school in 2009.

"Volgograd is the site of one of the most significant battles of the 20th century. I feel very fortunate to have the opportunity to carry out this extended research trip and look forward to a productive year in Volgograd." 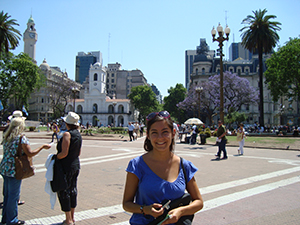 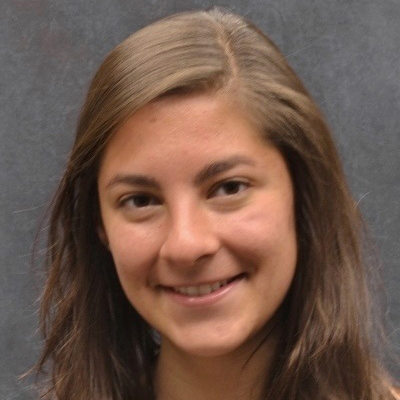 Kartal is no stranger to Central and South America. She's taken part in several study abroad and research trips to Argentina and Mexico.

Two years ago, Kartal studied abroad in Buenos Aires. In March, she returns to work as an English teaching assistant. She hopes to immerse herself in the community--and to learn Argentine folk dancing.

"I hope to take what I learned during my undergraduate research in Mexico and apply it in Argentina. Since taking more classes at Ohio State, studying in Mexico and writing a thesis, I have had the privilege to develop a much more critical lens through which I look at the world. I look forward to taking these distinct perspectives with me and having the opportunity to continue to critically self reflect as I embark on the Fulbright." 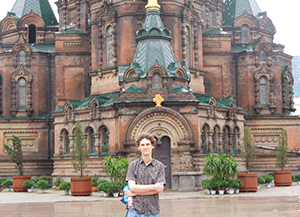 Knight will spend his time in Shanghai working on his dissertation.

Knight plans to spend his year as a Fulbright recipient in China working on his dissertation, which examines Chinese views of the Soviet Union from the October Revolution of 1917 until Nikita Khrushchev's "Secret Speech" of 1956. He will live in Shanghai, but also will conduct research in Beijing, Chongqing and northeastern China. Knight will incorporate the findings in teaching East Asian and World History classes at Ohio State.

"My goal is to provide American students with a clearer understanding of China's political and cultural development in the 20th Century." 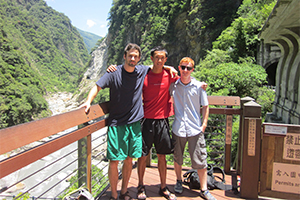 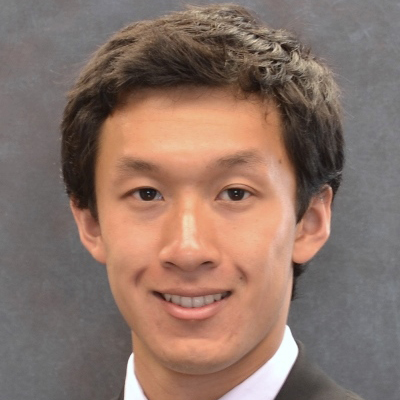 "I have always had an interest in international affairs. The Fulbright is a way for me to develop skills and experience to work in the field."

Kong acts as a cultural ambassador, working and living at two Taiwanese aboriginal schools. He is one of two English instructors for several hundred students.

"Receiving a Fulbright was the highlight of my college career. I have always had an interest in international affairs. The Fulbright is a way for me to develop skills and experience to work in the field. Every year I see Ohio State alumni go off and do amazing things; I hope to be among those who can make their school proud, thanks to the education that Ohio State offered them." 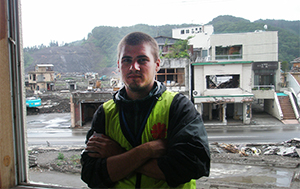 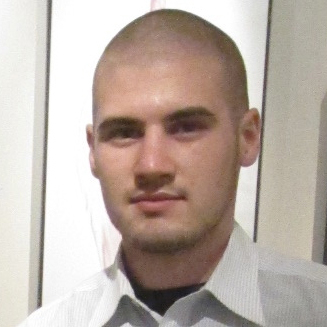 Larson volunteered with earthquake and tsunami disaster recovery efforts in Japan in 2011 and 2012. Now he's back, researching and writing a book based on interviews with survivors.

An aspiring writer, Larson is in Sendai, Japan, where he is doing research on the survivors of the Great Tohoku Earthquake and Tsunami. He is currently writing essays based on interviews with survivors, which he hopes to compile in a book.

"Having finished my MFA in creative writing at Ohio State, this grant has allowed me an extra year to continue writing. By allowing me to follow up on the connections I made when I volunteered with the disaster recovery effort in the summers of 2011 and 2012, it has given me time to finish a project that means a great deal to me personally." 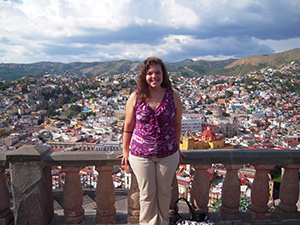 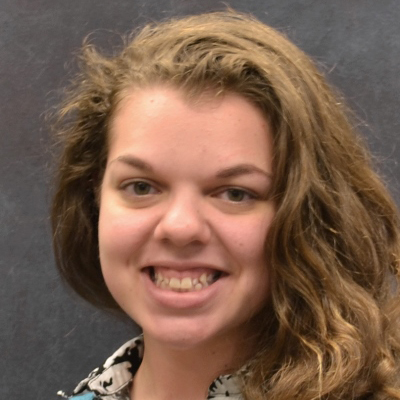 "This project will highlight the commonly overlooked idiosyncrasies of the language and culture of Guatemala."

Little is conducting independent linguistic research in Antigua, Guatemala. Her project focuses on the interaction between Spanish and Kaqchikel, one of more than 20 Mayan languages spoken in the country. She'll use computer programs to analyze speech patterns, in hopes of finding out how the Kaqchikel language has affected the pronunciation of the r-sound in Guatemalan Spanish.

"I am incredibly honored to be given the opportunity to represent my alma mater on a global scale. The excellent mentorship of my professors and the help of those at the Undergraduate Fellowship Office have pushed me to become the high-achieving individual I am today." 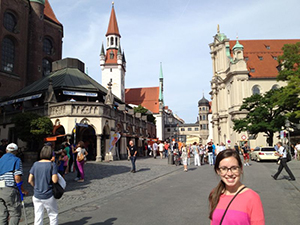 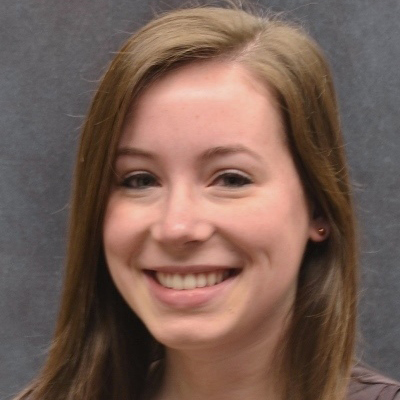 Schott sees the Fulbright as an opportunity to expand her view on international education.

Schott will help teach English in German middle and high schools. She also serves as an ambassador of U.S. culture and hopes to represent Ohio State while abroad.

"My goals as a Fulbright student include immersing myself in German culture; becoming a contributing member of society through working, volunteering and studying in my community; and broadening my perspective on international education. I am grateful to feel fully prepared for this unique global experience." 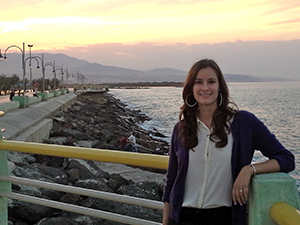 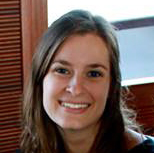 Seidner's interest in Turkish culture and politics led her to apply for a Fulbright grant.

Seidner will make her home in Samsun, Turkey, a Black Sea town of less than a million people. She'll teach a class of university-level students.

"I will be teaching speaking and reading classes. My students will include those choosing to study English, those required to have English for their careers and those who want to become English language teachers." 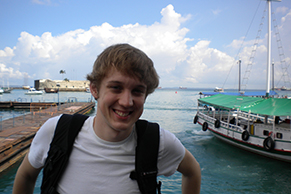 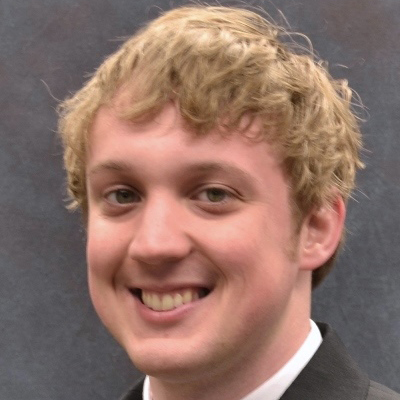 Stuard wants to share his love of science with students in Rio de Janeiro.

Stuard will conduct physics research for nine months in Brazil; he'll investigate superconductors and other novel low-temperature materials at the Federal University of Rio de Janeiro. He also wants to get involved in local organizations that promote science. 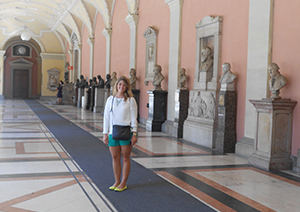 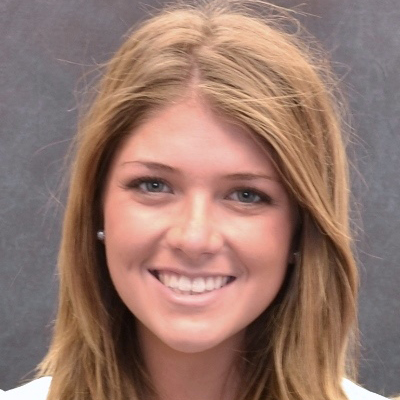 "I could not be more thrilled to be awarded a Fulbright Fellowship to Austria."

Through a study grant, and a Fulbright grant, Wright is pursuing the study of sociolinguistics at the University of Vienna while working as an English language teacher's assistant.

"My path has led me to the completion of two majors, German and strategic communications, and two minors, linguistics and international studies. As a member of the Honors program, a fraternity, a volunteer, member of a club lacrosse team and an attendee of every home football game, I have lived the ultimate Ohio State experience. The people I have met along the way have inspired and prepared me for the academic adventure I now begin."