Every August, thousands of riders hop on their bikes with one goal: to end cancer. Pelotonia, a two-day ride that crisscrosses central Ohio, has raised more than $92 million so far to fund cancer research at Ohio State. Below are the stories of a few Team Buckeye members and why they ride. 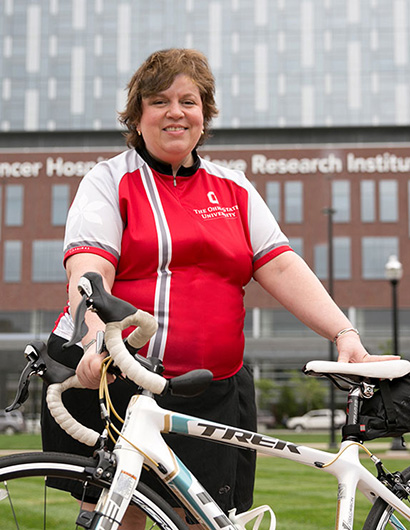 
Doreen Agnese always thought she would do something related to cancer, and as a surgical oncologist at The James, she helps patients make decisions about their treatments every day. Agnese has been involved in Pelotonia since it kicked off – first as a volunteer in 2009 and then as a rider every year after that, including in 2010, when she was diagnosed with (and survived) thyroid cancer.

“There are people along the way, ringing their cowbells, cheering you on and thanking you as you go. I just love meeting people along the ride, hearing how cancer has touched their lives. I want to be a part of ending cancer, and I want it to happen at Ohio State.” 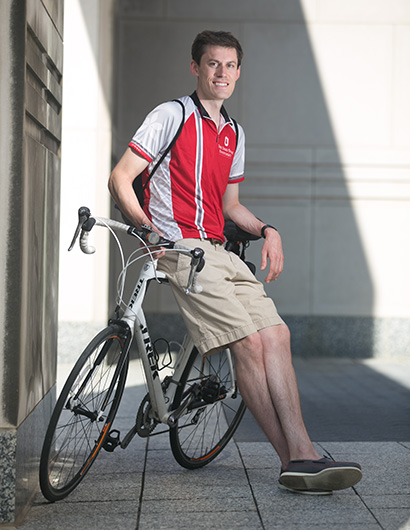 
2015 marks Mike Hoover’s third year of riding in Pelotonia, and he witnesses firsthand where the dollars go: His research is funded by Pelotonia, and he’s had a relative treated at the James. Even though the ride is held on a warm weekend in August, he gets chills  – seeing the grateful spectators and remembering why he’s riding.

“As small as my part may be in this whole scheme of things, I’d like to say that I played some role in making a difference, and I think Pelotonia gives me – and everyone – that opportunity.” 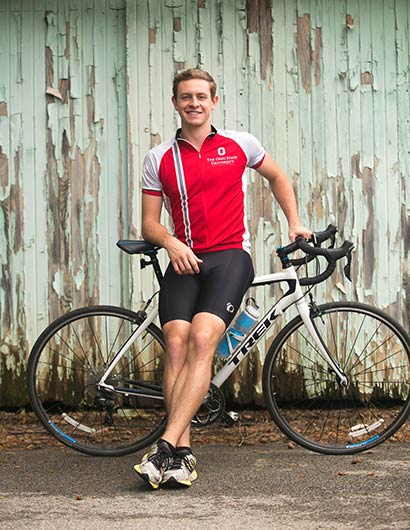 
During the week, Josh Javor spends his time studying mechanical engineering and uses that knowledge to drive his cancer research: a technique in electromagnetism to detect cancer in surgery. In 2014, Josh rode 180 miles for Pelotonia, and he says those memories from the ride are what get him up every day – the spectators, the motivators, the challenge, the impact.

“When I see someone with that “You Saved My Life” sign, when I saw those people cheering me on that second day, the reason why they’re there is so much stronger than my reason. I want to have a really good impact on the world with what I do.” 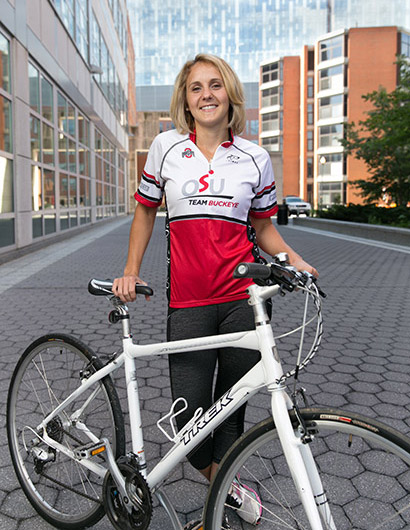 
After practicing as a veterinarian for two years, Morgan Schrock decided she wanted to focus on research. She’s now a Pelotonia Fellow, and she’s bridging the gap between tumors that happen in pets and humans. Pelotonia provides her with time and funding to finish her research, and this year, she’s hopping on her bike for her first Pelotonia weekend.

“I’ve heard so much about the Pelotonia environment, and I think it will really help drive my work – seeing how many people are struggling with cancer, surviving, still fighting. It’s overwhelming, and I think that’s how I’ll feel.” 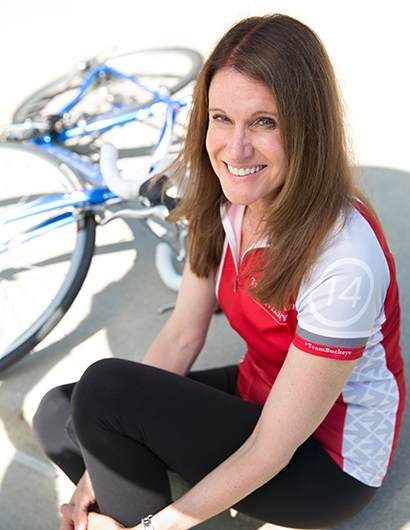 
Kim Weirick treats cancer patients as a nurse manager at The James and gets to see the Pelotonia money come full circle – from the bike ride to the research to the treatment. Weirick lost her friend David to cancer – her main motivation for riding. They went on two medical mission trips together to Nigeria, and her hope is to build a nonprofit clinic one day.

“I ride for him as an honor. I want to find a cure so that somebody else doesn’t have to go through what he did. You ride for someone to say, ‘I didn’t forget you; I didn’t forget what you went through.’” 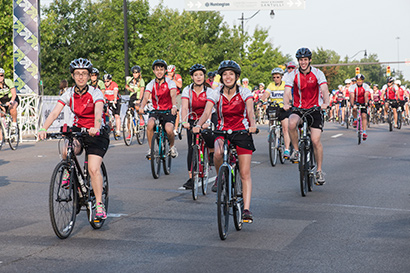 
Team Buckeye is the official riding group of The Ohio State University. Where does the money go raised from Pelotonia? The James uses it in four specific ways: idea grants, fellowships, tools for discovery and research support for newly recruited cancer experts. Ultimately, Pelotonia participants are working toward one goal: ending cancer. Learn how you can get involved.