Valoy kicks off Women's History Month by highlighting the importance of diversity and inclusion in STEM fields. 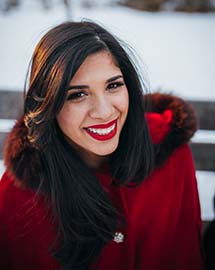 Growing up a poor, Latina girl from East New York, Patricia Valoy had no idea what an engineer actually did. She, however, went on to become a civil engineer, feminist writer and New York-based STEM advocate.

Valoy recently visited Ohio State to kick off its Women's History Month celebration and shed light on the subtle racism, sexism and discrimination she experiences as a Latina woman in a male-dominated profession.

“I always felt like I was being ogled,” she said. “Literally, construction workers would stop working as I passed by.”

She also discussed modern-day activism and the conflict she endures while trying to assimilate and stay true to her identity as a Latina feminist. The Student Life Multicultural Center event, sponsored by the Office of Diversity and Inclusion, Ohio State ADVANCE and Society of Hispanic Professional Engineers, jumpstarted the university-wide celebration of Women’s History Month.

Valoy’s talk is timely, given the issue of women in STEM has taken the national spotlight as President Donald Trump recently signed two laws designed to spur gender equity in science, technology, engineering and math fields.

Nationally, only about 26 percent of all computer and mathematics professionals are women, and even less (15.4) are engineers or architects, according to a 2015 report from the U.S. Bureau of Labor Statistics.

Universities, including Ohio State, have created programs such as Women in Engineering to address the gender disparity.

Lisa Barclay, senior director of diversity, outreach and inclusion for the College of Engineering, said Women in Engineering offers a variety of student-focused initiatives ranging from summer camps for high school girls to a living and learning community for female students.

Recently, the College of Engineering has seen some improvement in the enrollment of female students. In 2011, 80 percent of undergraduate students who were enrolled fall semester in the college were male compared to 20 percent female, according to the College of Engineering’s 2016 statistical report. By 2016, women students accounted for nearly 24 percent of all undergraduate students enrolled in the college, according to the report.

“I think we are making very slow but steady progress. There’s a lot of work to be done. … I’d like to think that our programs have had some contribution to this uptick in numbers.” 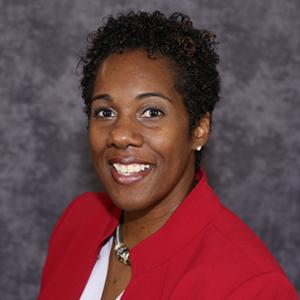 Valoy attributed her success to grit, community support and mentorship.

High school teachers exposed her to engineering and helped prepare her for acceptance into Columbia University.

“The goal of the learning community is not just to build the community that is required when you have the rigor of engineering … but the second-year (students) serve as mentors or big sisters for the first-year students,” she said. “It’s a wonderful opportunity for role modeling.”

Through telling anecdotes, Valoy painted vivid pictures of her experiences as a young urban Latina woman coming of age.

Her upbringing incited both pride and shame at times, she admitted.

The Dominican Republic native recalled stories of how uncomfortable it felt to translate for her Spanish-speaking parents as a child. Her community, however, and the adversity she experienced as a child served as the foundation for her activism and feminism as an adult, she added.

“But my community was one of the most supportive [groups of] people that I had,” she said. “I had a very conflicting message about what it was to be from the ghetto.”

Valoy said she never set out to become a STEM advocate and started blogging simply to vent her frustration. But during her visit to campus, one Ohio State student looked up to Valoy as an empowering role model.

Estefania Fernandez, an electrical engineering student, immigrated to the United States from Colombia five years ago, she said.

“Everything was new, learning English, learning how to apply to college …,” said the 22 year old. “Having people like her succeed … gives us Latina engineers the [inspiration] that we can do it. We can get there.”

From STEM, many talents bloom 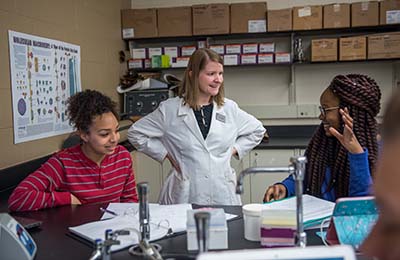 Choosing The Ohio State University was the best decision Alessandra Bliss said she could have made. The senior biochemistry major from Shaker Heights wanted to play lacrosse, join a sorority, study abroad and intern at a prestigious hospital while at college. At Ohio State she discovered all of those things.. Read more