A taste for innovation 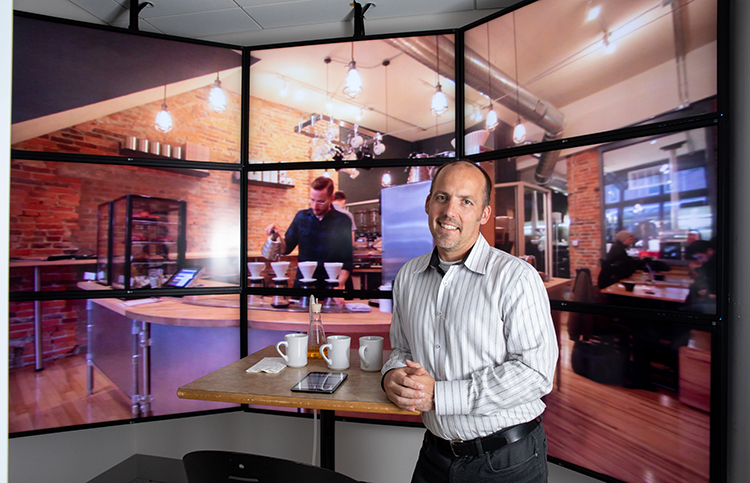 Which coffee is better?

It seems like a simple kind of question, but the quest to figure out what people like and why has led Ohio State faculty member Chris Simons and his students into the cutting edge of sensory science. And at the same time, the students at the helm of important professional experiences that’s helping launch them into careers in the field. 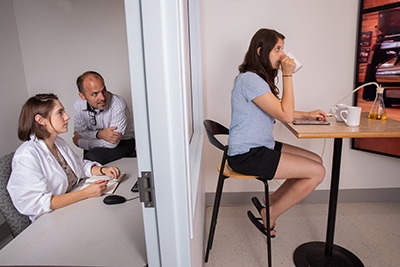 Ohio State students are gaining these experiences at the university’s Food Perception and Liking Laboratory, which Simons says is the only academic lab of its kind in the country. The lab is used to explore people’s food and drink preferences, a big deal for an industry that sees 60 to 85 percent of its new products fail each year.

Traditional food testing strips away any distractions in a lab environment, Simons said. But that’s not how people experience food in the real world.

“When you do real classical sensory (testing), you’ve got them in isolation booths, and they’re very carefully sipping this beverage, and then thinking about it very intensely, but most people don’t drink soda that way,” said Doug Holt, a senior manager in chemistry and sensory science for Dr. Pepper Snapple Group, which has partnered with Simons’ lab on research.  “The stuff that’s coming out of (Simons’) lab is really very new, very cutting edge.”

A new way of testing

The sensory lab, a part of the College of Food, Agricultural, and Environmental Sciences, upends the existing ways food is tested. Student researchers use large screens, video footage and aroma to mimic a real-world setting – for example, a coffee shop – in a controlled way that, Simons hopes, will produce more reliable data and insights into human behavior and research practices.

That’s a draw for companies and students alike. Rebecca Liu, now a sensory scientist for a company called Impossible Foods, came to Ohio from California to study in part because of the immersive lab. Instead of studying food through human subjects, “In (Simons’) lab, the philosophy is more the reverse, using food as a medium to study human behavior, and I thought that was really interesting,” she said.

“I was looking for something refreshing, and really different, and that’s what really drew me to the lab.”

Graduate student Mackenzie Hannum said the sensory lab provided another huge benefit – the opportunity to take the lead in the lab and have hands on experiences. Hannum and other students are empowered to develop the parameters of the research and the design of the studies.

“When it comes to execution, it’s all on you, which I think really developed in me personally a lot of confidence in my abilities,” Hannum said.

Both Hannum and Liu also noted how well-known Simons and the lab are in the food industry, and how their work draws the attention of potential employers.

Hannum noted that research in the virtual space is a rapidly growing trend, and her research helps her make connections in the food industry. “For me as a student, I mean that’s huge, that gives me an ‘in,’ that gives me a way to communicate and network with professionals.”

Liu agreed: “I wouldn’t be where I am here (with Impossible Foods) if I didn’t go to Ohio State.”