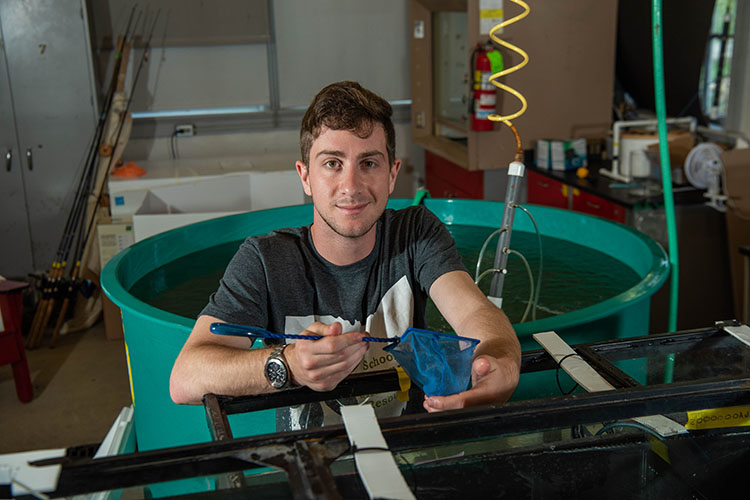 Harrison Fried conducted much of his Denman Forum research project through opportunities at Ohio State's Stone Lab on Lake Erie.

Growing up in Cleveland, Harrison Fried loved to care for his aquariums, maintaining a healthy world for his fish. It’s a hobby that blossomed into a larger passion: to preserve the environment we all live in.

“I was always interested in creating a thriving mini-ecosystem in my home,” said Fried, an environmental policy and decision making major with a minor in environmental science who will graduate in August. “When I realized it was something I could actually do research on and use it for a career path, I was very excited, and that’s why I've chosen to pursue the path I have.” 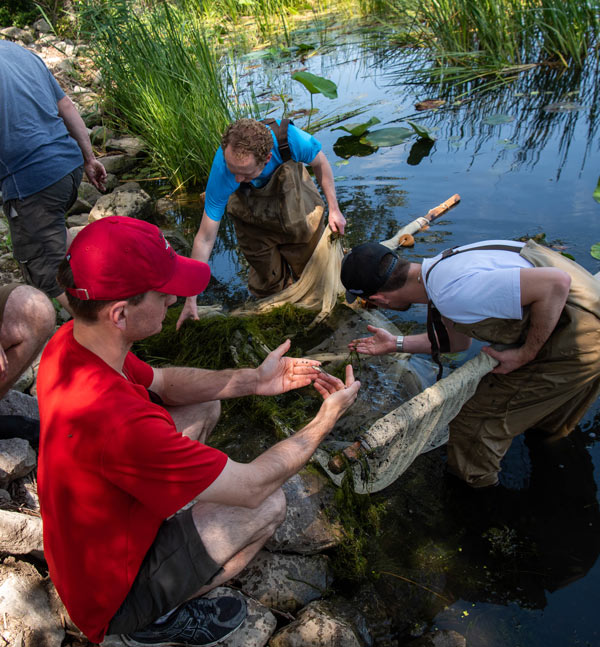 Fried and other researchers at Stone Lab fish for Emerald Shiner and Golden shiner minnows, which larger fish eat to survive.

At the Denman, Fried will present research he hopes can encourage improvements to the Lake Erie ecosystem.

Fried studied how pollution in the form of algal and sedimentary turbidity in Lake Erie affect the swimming performance of two minnows: the Emerald Shiner and the Golden Shiner.

“If you can imagine swimming in pea soup, incredibly cloudy and thick, that’s essentially what fish are experiencing in Lake Erie,” Fried said.

The polluted particles cause abrasion and clogging in the gills of these fish, making it harder for them to take in oxygen and swim. If these fish — which are essential to the Lake Erie ecosystem — can’t swim, they can’t survive.

“Stone Laboratory is a special place,” said Fried, who earned a Research Experience for Undergraduates scholarship. “It’s the most transformational experience any aquatic science student can have. You’re in the middle of one of the most human-impacted lakes in the world. And you’re conducting novel real-world research with incredible equipment.”

For his research, Fried tested the physiology of the Emerald Shiner and the Golden Shiner through swimming tests. He’d place a fish in a clear tube and have it swim against current, then increase the current until the fish was exhausted. The experiments simulated swimming in algal and sedimentary turbidity. While Golden Shiners did not seem affected, Emerald Shiners showed a decreased ability to swim. 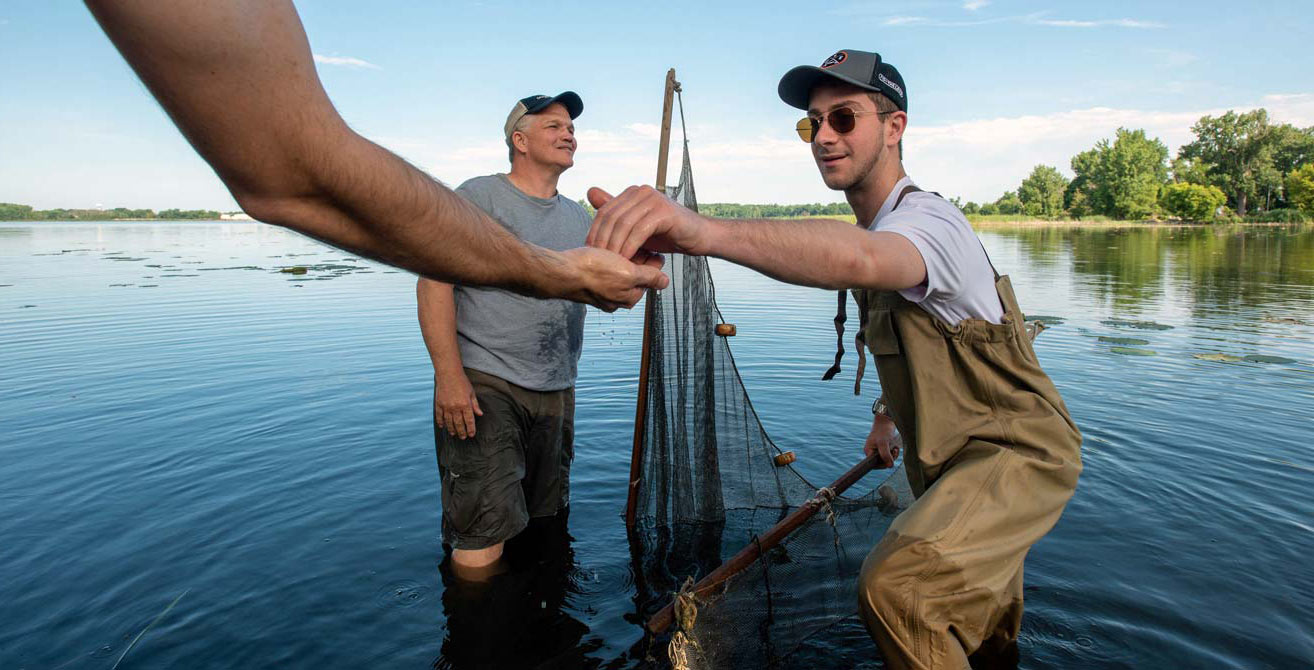 Fried used the fish he caught to test how algal and sedimentary turbidity affects their swimming performance.

“I’m hoping this can serve as evidence of the effects of humans on fish,” said Fried, who was recently accepted into Ohio State’s graduate program to study environmental social sciences. “Hopefully it can promote positive agricultural practices that will improve the condition of Lake Erie.”

It’s a project that fits perfectly with Fried’s vision to use scientific research for environmental improvements through the law. Because he plans to pursue a law degree or a doctorate in environmental policy, Fried sees opportunities at Ohio State such as the Autumn Undergraduate Research Festival, where he presented in November, and the Denman as a chance to polish communication skills while bringing light to an issue he is passionate about.

“As scientists, we need to more effectively communicate our research in order to improve policy and public knowledge on the issues that face us today,” Fried said.