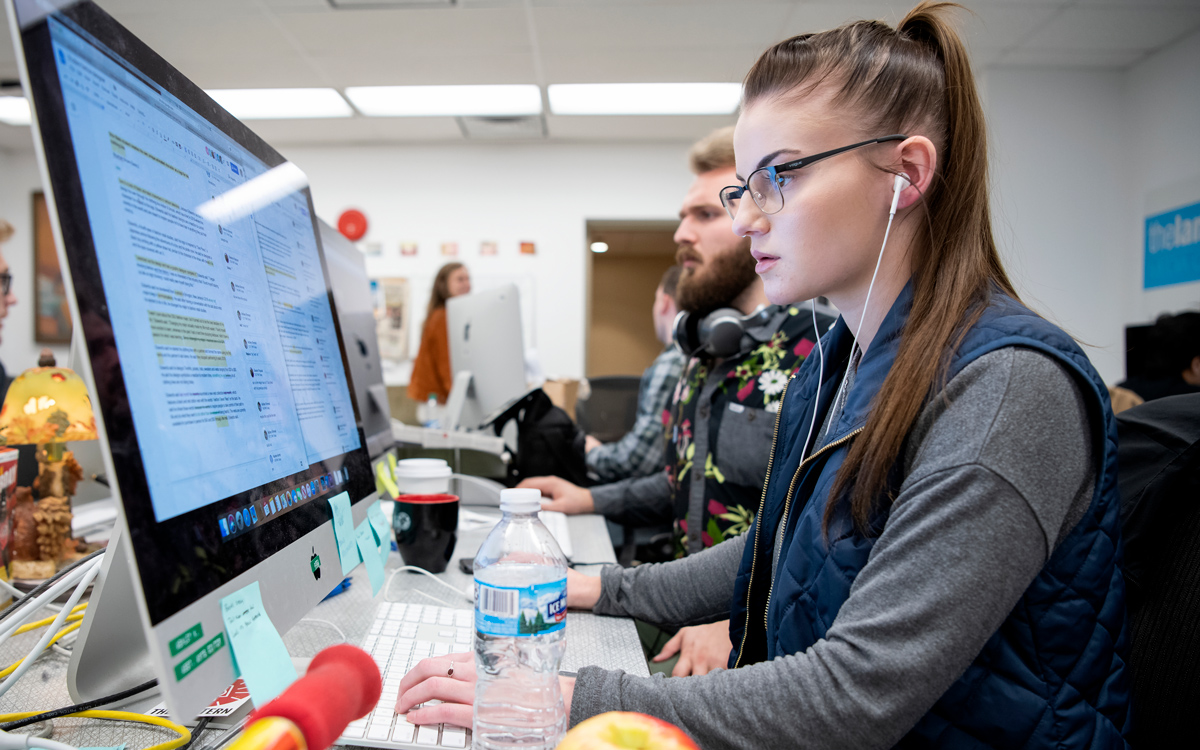 Students from Ohio State and Michigan are working together to co-produce a special newspaper section that will chronicle the annual Buckeyes-Wolverines football game.

What does die-hard school spirit look like when it collides with the objectivity of student journalism? A lot like the Rivalry Edition, a collaboration between The Lantern and The Michigan Daily.

Ahead of this year’s Ohio State-Michigan football game, the staffs of the student newspapers at both universities are collaborating on a special commemorative edition newspaper to be circulated at both schools.

Stories from writers at both The Lantern and The Michigan Daily will appear in the rivalry edition, with a total of 15,000 copies to be distributed. In Columbus, 7,500 issues will land on newsstands while 7,500 will go out in Ann Arbor, with placement in local hotels and in the Board of Regents suite at the game.

Accompanying the special edition is the Rivalry Challenge, a crowdfunding campaign pitting the student newspapers against each other to see who can bring in the most donations. For The Lantern, the fundraiser is part of an ongoing effort to build an endowment fund to support student journalism work at Ohio State for years to come. 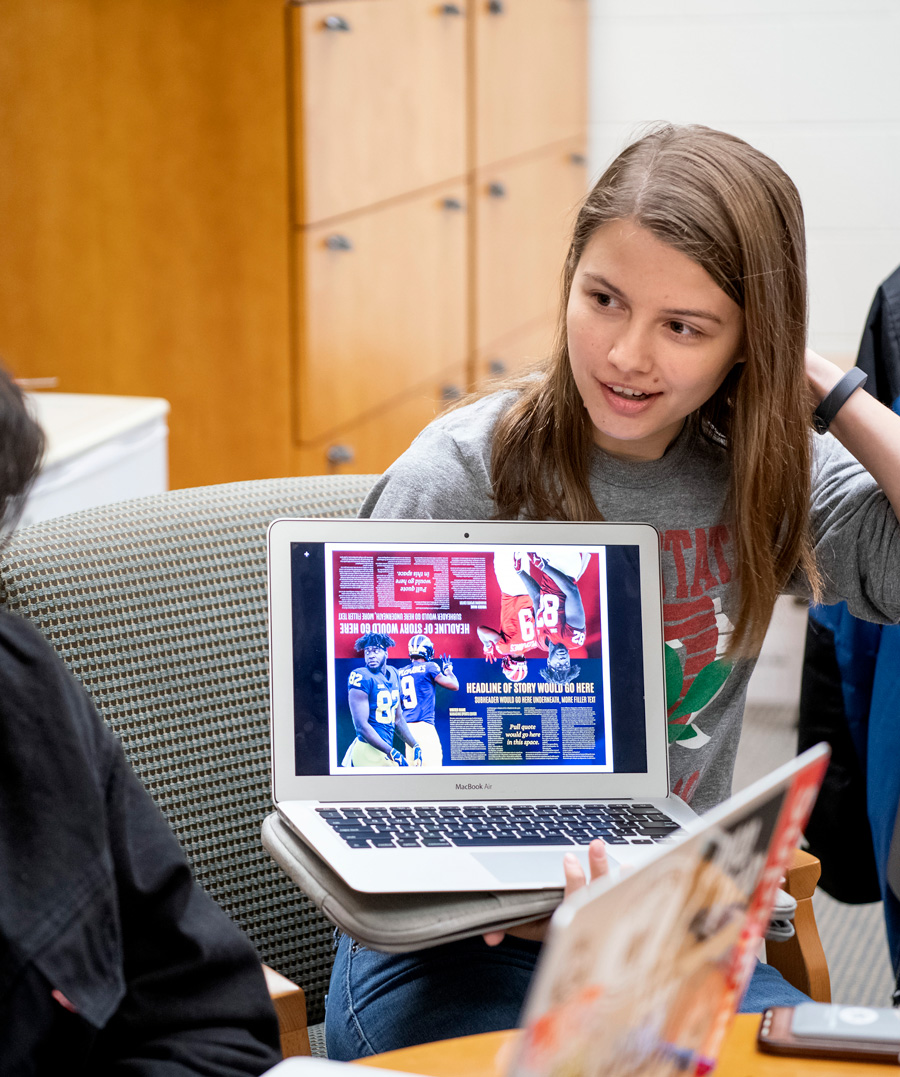 A designer at The Lantern, Ohio State's student newspaper, discusses a mockup that combines The Lantern and The Michigan Daily content.

We sat down with the staffs at both newspapers to learn more about how the idea for the rivalry edition came about.

Spencer Hunt, Student Media Director, The Lantern: The Michigan Daily folks actually brought the idea to us, because they’d seen the University of North Carolina and Duke do a rivalry edition around their basketball games. So it’s not something that’s totally original, but the thought was, why not have this done for the biggest rivalry there is?

Maya Goldman, Editor in Chief, The Michigan Daily: We're always looking for ways to keep our content innovative and fresh, especially when it comes to a game like this one that happens every single year. Plus, working with student journalists at another school was exciting to me — I knew having two sets of staff on this would allow us to do more than The Daily could have done on our own.

Kaylee Harter, Editor in Chief, The Lantern: There’s no process in place, so it’s been fun for us. Working with another student newspaper is really interesting just because every student newspaper works differently. We’re all talking to each other and figuring stuff out, not only in terms of stories but also, how are we going to promote this thing?

Spencer: And who’s designing the front page? There’s been some back and forth over that. There are a couple of things that we’re hoping to do out of this. One is, newspapers are struggling to gain revenue from print advertising, and so the opportunity to combine both products is something we think has a unique appeal to advertisers. But I think the appeal to our editors is a little bit different. 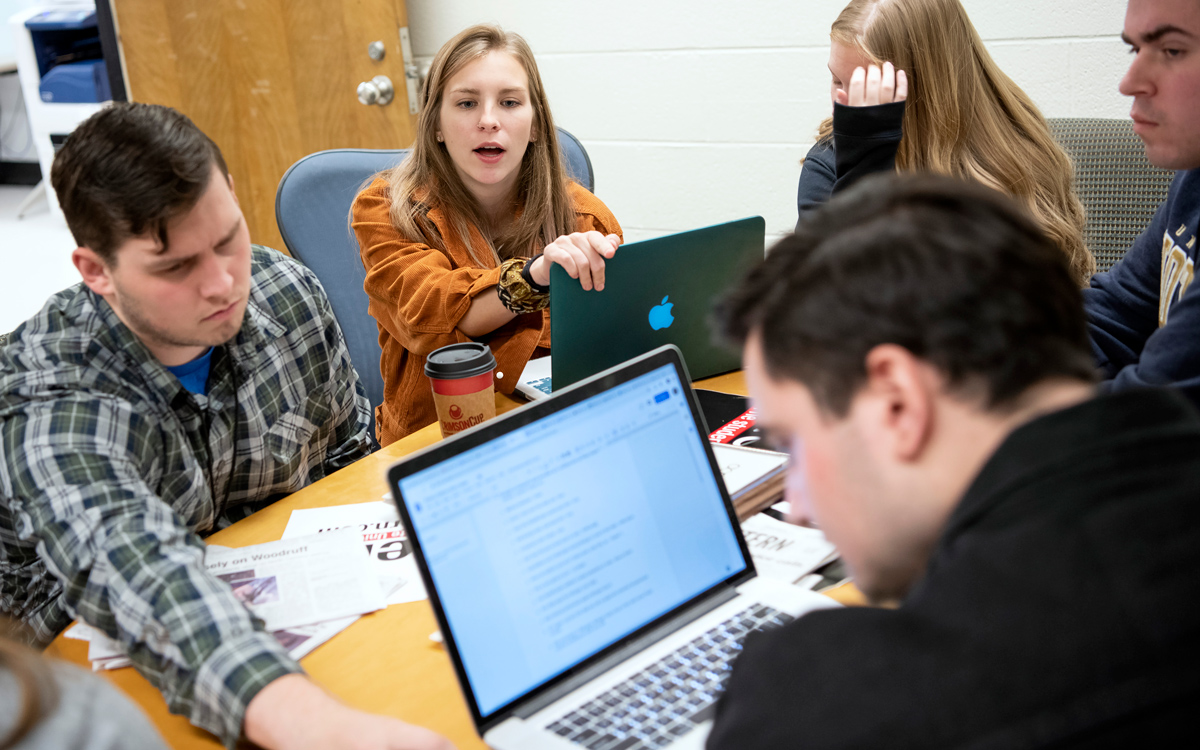 “It’s a great opportunity to do stories that go a little further back, because we’re usually trying to stay up to date with a current news cycle. We’re able to do stories about the rich tradition of the rivalry, delving into some of that history and showcasing stories to people who might not know them.”

Andy Anders, Assistant Sports Editor, The Lantern: Griffin and I both grew up keeping a lot of stats and doing a lot of historical research about various sports teams, and we don’t get to use those skills too much. And as a journalist, you always want your stories to reach as many eyes as possible, so that part is definitely appealing, too.

Kaylee: Yeah, especially since the game is away this year, up north. Usually our print edition is seen mostly by students and faculty and people on Ohio State’s campus, because that’s where our paper is circulated. Having it at Michigan means we’ll reach Ohio State alumni there for the game, but then also Michigan people and general sports fans who maybe have never been to this campus.

Spencer: The idea of something tangible, with their bylines, something that says The Lantern, being circulated in Ann Arbor — that’s uniquely appealing for our staff, and I think vice versa for the Daily folks, as well.

Kaylee: The biggest thing we’ve had to work through has been logistics: how our printing presses are on different sizes [The Lantern is printed in a tabloid-size format, while The Michigan Daily is a traditional broadsheet], and all these little things we don’t even usually think twice about. There are all these little kinks to work out. It’s been interesting to see how they work through things. They seem really talented, and it’s fun working with other journalists, but then there’s also that spirit of rivalry. 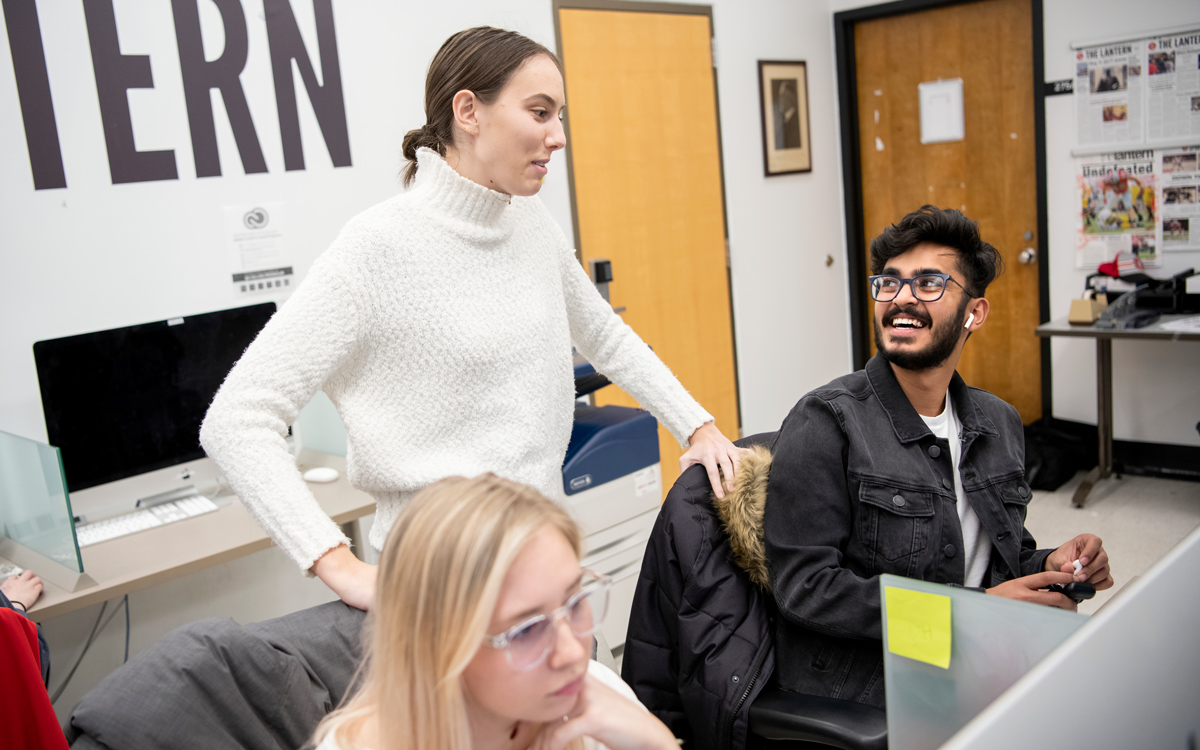 The staffs of the two student newspapers have been in touch since summer, talking through ideas via group FaceTime sessions.

Andy: I think student journalists should definitely support each other. We both want to see us excel as writers. I want to see Michigan writers produce a good product on this, for sure, and I think they will because from what I’ve heard, they’re very good journalists. I think we all are. I don’t think there’s any sort of angst on either side, but there’s the fun of who can out-fundraise the other?

Spencer: Our students are already learning how we can cooperate and coordinate something on a much broader scale than just what we’re doing here. And this brings a little extra motivation to our writing and our reporting.

What’s been a little different than what I expected, in a really good way, is how much we’ve been collaborating with Michigan. We’re trying to put out a good, cohesive product, something that, from front to back, is something people are going to want to have and save. And it’s cool because we’re students and the players are students, and that allows us to cover these stories in a way that no other news organization really can.

Maya: I hope The Michigan Daily staff will come out of this project with a desire to continue collaborating with other media outlets. I think collaboration has historically been seen as almost taboo in this industry, but that trend is changing. Working with The Lantern has allowed us to bring in voices we couldn’t otherwise access, and it'll allow us to access readers we couldn't otherwise reach. I’d love to see us do more work like this in the future.