Philosophy, political science major is Ohio State’s second in as many years 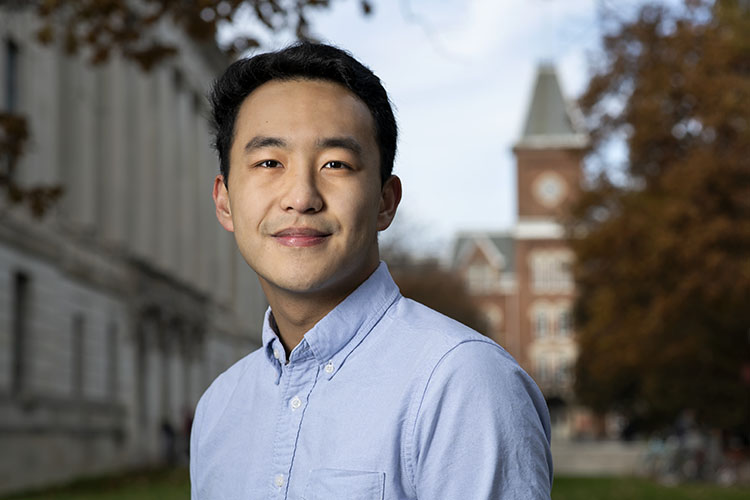 Ohio State senior Henry Wu had a pre-Thanksgiving weekend he will never forget. It centered around a trip to the Chicago History Museum, where he was named a 2020 Rhodes Scholar.

“When they called my name, it was a complete shock to be honest,” said Wu, a double major in philosophy and political science. “But it was incredibly exciting.”

One of the oldest and best-known academic awards, the Rhodes Scholarship covers all expenses associated with two or three years of study at the University of Oxford. Rhodes Scholars are lauded for their intellect, compassion and potential as leaders. Past winners have gone on to become American heads of state (including a president), members of Congress and the Supreme Court, poet laureates, media barons and more.

Wu is a university honors student, member of the Eminence Fellows Program and recipient of the Jeanne Bonnet McCoy Preeminent Scholarship. At the University of Oxford, Wu plans to pursue master of science degrees in migration studies and evidence-based social intervention and policy evaluation. He then plans to return to the United States to pursue a law degree and fight human trafficking.

A blur. … On Friday night it all started. We had a coffee hour networking session, we went out to dinner with some of the other applicants. On Saturday, most of the interviews happened. Then they tell you who was selected on Saturday night.

All the judges come out lined up, and they read the list alphabetically. It was like a reality TV show. The feeling of waiting was really hard, and when they announced my name, it was a complete shock.

Did anyone in particular at Ohio State help you through this process?

Corey Efron (program manager within the Undergraduate Fellowship Office) has been terrific. I was hesitant to apply, but he really encouraged me. He gave me a lot of advice on interviews and either directly helped me or connected me with great resources on every aspect of the process.

Laila Ujayli was also a great resource. She’s been really supportive throughout this. Even on the day of the interviews with the committee, she was giving great advice and support. She’s been amazing.

My letter of recommendation writers have also been incredibly supportive throughout this process. And I’m especially thankful to faculty members in the philosophy and political science departments.

This passion to fight human trafficking, when did that start?

My freshman year I came in as a philosophy major. I remember classes talking about these abstract theories of freedom, and human trafficking is some of the worst imaginable violations of freedom. That month I was learning about some of the issues that affected the central Ohio community, and human trafficking is happening miles outside my classroom.

Since then I’ve worked with survivors of human trafficking, and being on the ground and seeing the impact it has on communities has really guided my motivation. What I’ve seen is a big reason why I’ve been so passionate about this. The more you find out, the more you feel you need to work on this.

It’s a local issue and a global issue.

It’s happening in our backyard but also happening thousands of miles away. Guatemalan children have been forced to work on an egg farm in Ohio, an hour away from Columbus. Or these illicit massage businesses in Columbus, Ohio, have trafficked women from Asia. 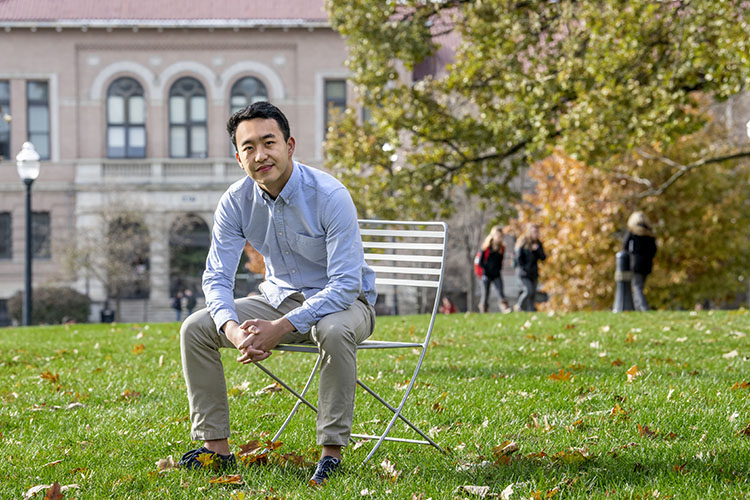 Henry Wu will use his Rhodes Scholarship to further the fight against human trafficking.

What’s it like working with survivors of human trafficking?

It was really tough, especially in the beginning, hearing these stories. But it’s important to recognize this is something that has to be shared. It’s a journey to recovery, and it can end on a positive note, whether it means they get counseling or get their kids again.

Ohio State emphasizes interdisciplinary approaches to addressing problems. Has that helped you with this issue?

Definitely. … For example, the opioid epidemic in Ohio has a lot of connections to the human trafficking problem. Many of the women I’ve talked to have struggled with drug addiction, and sometimes drugs are used as a method to control someone into commercial sex.

The problems we face today aren’t limited to one field.

With these social problems like human trafficking, it’s important to recognize how opioids feed into this, systemic poverty, lack of education, many issues can be contributing factors.

Ohio State’s interdisciplinary campus and the research opportunities allow someone to think about these issues in a broader context and recognize how these issues are connected.

What do you want to get from your Rhodes Scholarship?

Oxford will allow me to step beyond being a lawyer and recognizing migration studies or other things that allow me to take a global perspective and adapt them to law school in new and exciting ways.

Human trafficking is one of the most important human rights issues of our time, and I want to help lead the way forward. That’s really what drives me.

Meet some of our other Ohio State Rhodes Scholars 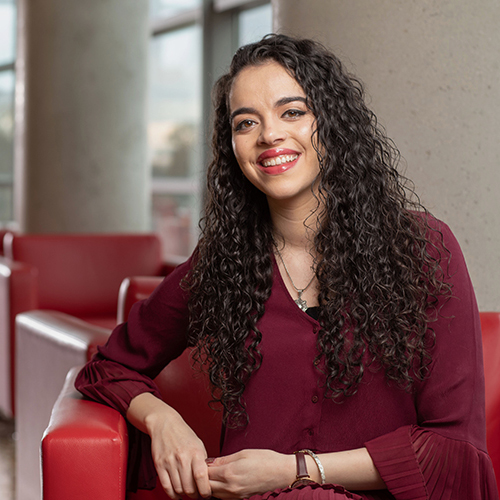 "(Ohio State has) a tremendous breadth of faculty, with extraordinary experiences and backgrounds, and they can get you excited and passionate about issues that you might never have heard of before." 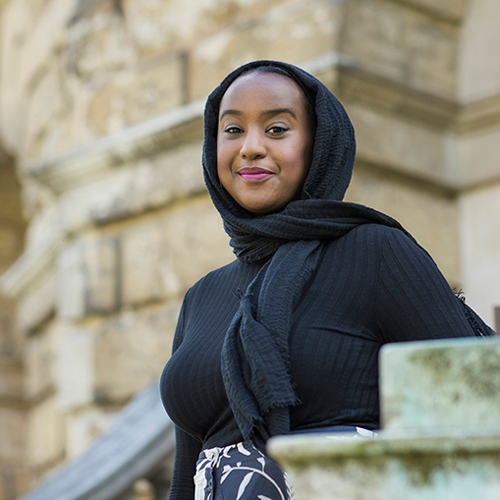 "Throughout my two years at the University of Oxford, I felt myself calling upon the knowledge and experiences I acquired at The Ohio State University."