Want to work with NASA?

Curiosity and initiative can take Ohio State students far beyond the Columbus campus, the United States, even Earth.

What they shared was the variety of world-class experts and opportunities to conduct meaningful research Ohio State provides. 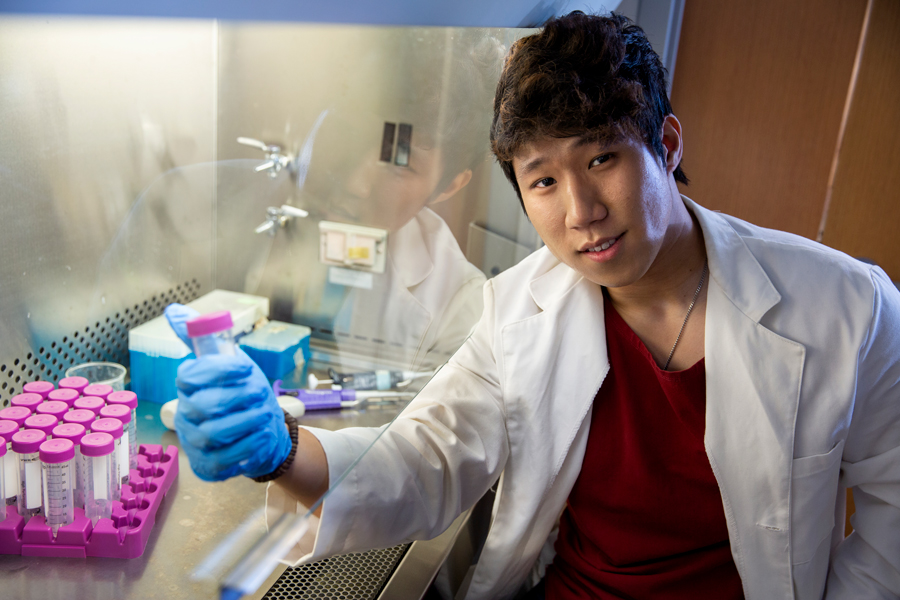 As a sophomore, Michael Chung was leading a biomedical research team that was developing artificial muscles to be tested in space.

Michael Chung arrived at Ohio State and immediately found himself doing more than learning how to navigate campus. As a freshman, Chung joined a research team working with NASA to study muscle atrophy in space.

“As a freshman, I was shell-shocked a project like this could even exist, that I would be working with NASA,” said Chung, a senior majoring in pre-med biochemistry with a minor in neuroscience. “It’s a dream come true.”

“As a pre-med major, I was only focused on the science aspect of it all,” Chung said. “But as I began to understand the engineering team and see the necessity of such an interdisciplinary effort, I started to understand Ohio State is really dedicated to undergraduate research in all departments and having students excel in all majors and disciplines.” 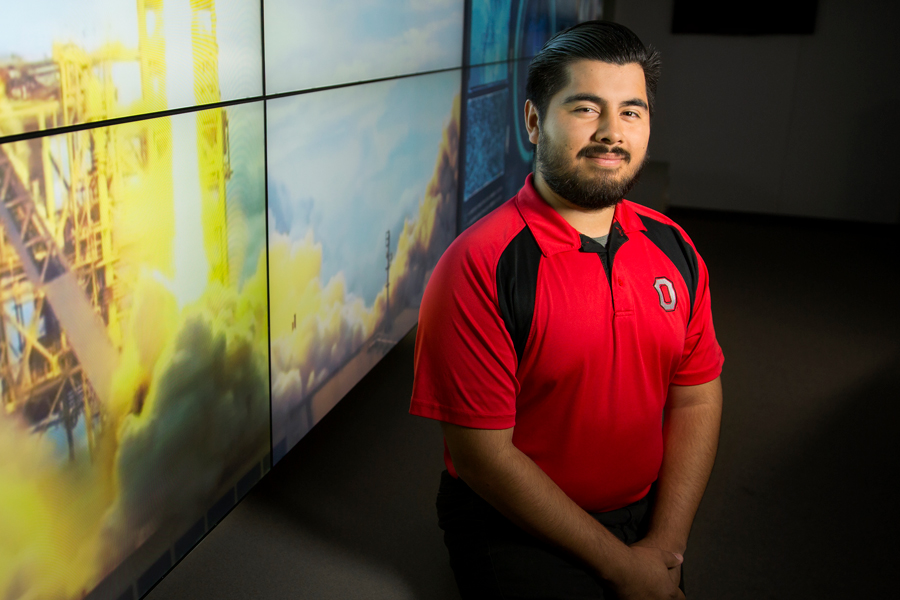 Wilson Flores grew up wanting to be an astronaut. At Ohio State, he engineered a device that will help conduct a research project in space.

While Chung oversaw the biomedical team for Lee’s muscle atrophy project, Wilson Flores was in charge of the engineering team on the project.

Flores supervised a team of eight engineering students who prepped the hardware and related software for the artificial muscle tissue that will go inside the rocket — a vertical takeoff and landing space vehicle that should be launched in the near future.

When Flores, an aeronautics engineering student who grew up wanting to be an astronaut, heard about Lee’s project, he leapt at the opportunity to contribute.

“Working on a project that could help astronauts stay in space longer was very exciting,” Flores said.

“As I moved forward with my academic career here at Ohio State and explored different options, there were so many opportunities that came to me outside of my major and within industry. Ohio State allowed me to find those opportunities.” 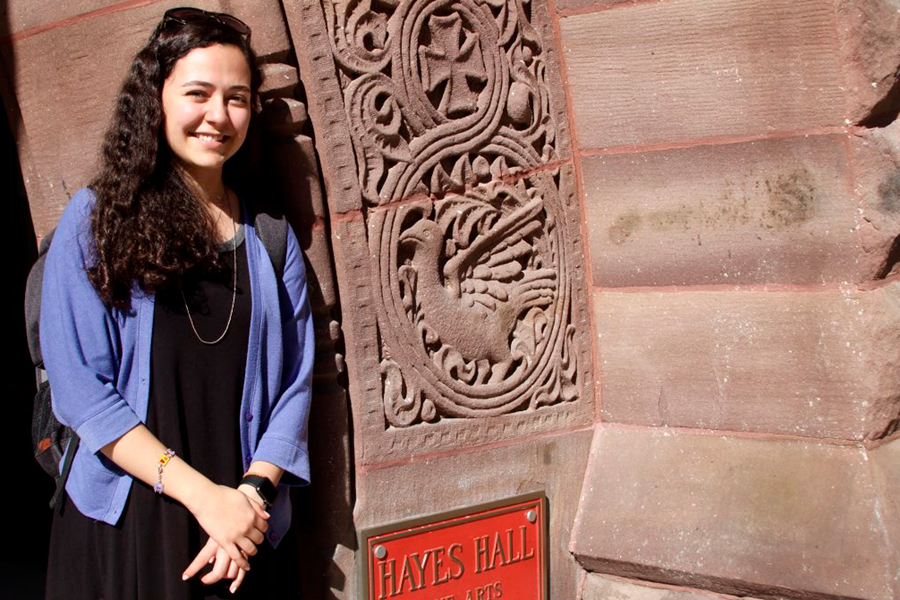 How do you do laundry when you're somewhere that doesn't have gravity? Luisa Talamas worked to find a solution.

Working with NASA — on laundry

It’s hard to do laundry in space. How hard? Most astronauts have to rewear their clothes several times and then throw them away — at a cost of $10,000 per pound of clothes.

Talamas learned about the problem at NASA’s Johnson Space Center, where she worked with engineers and researchers and spent time in the spacesuit lab. She returned to Ohio State and began building a device that rapidly processes laundry in a zero gravity environment.

She shared her work through Ohio State’s Innovation Studio in a challenge by the Center for Advancement of Science in Space (CASIS), which manages the International Space Station. Not only did she gain feedback from astronauts and aerospace researchers during the course of her presentation, but the project was noted as the “most impressive solution” for the CASIS Challenge.

Talamas said she was perfectly prepared to tackle a project that required multiple disciplines because of her time at Ohio State. In fact, she chose to study industrial design because it combined her own appreciation for design and art with her talent for engineering she discovered in high school.

“If I went to a private school that specialized only in art and design, I wouldn’t be able to find all these other interests of mine on the same campus,” she said. “At Ohio State, I [took] classes in physiology, biology, astronomy. That knowledge in different areas can influence design in a very positive way.”