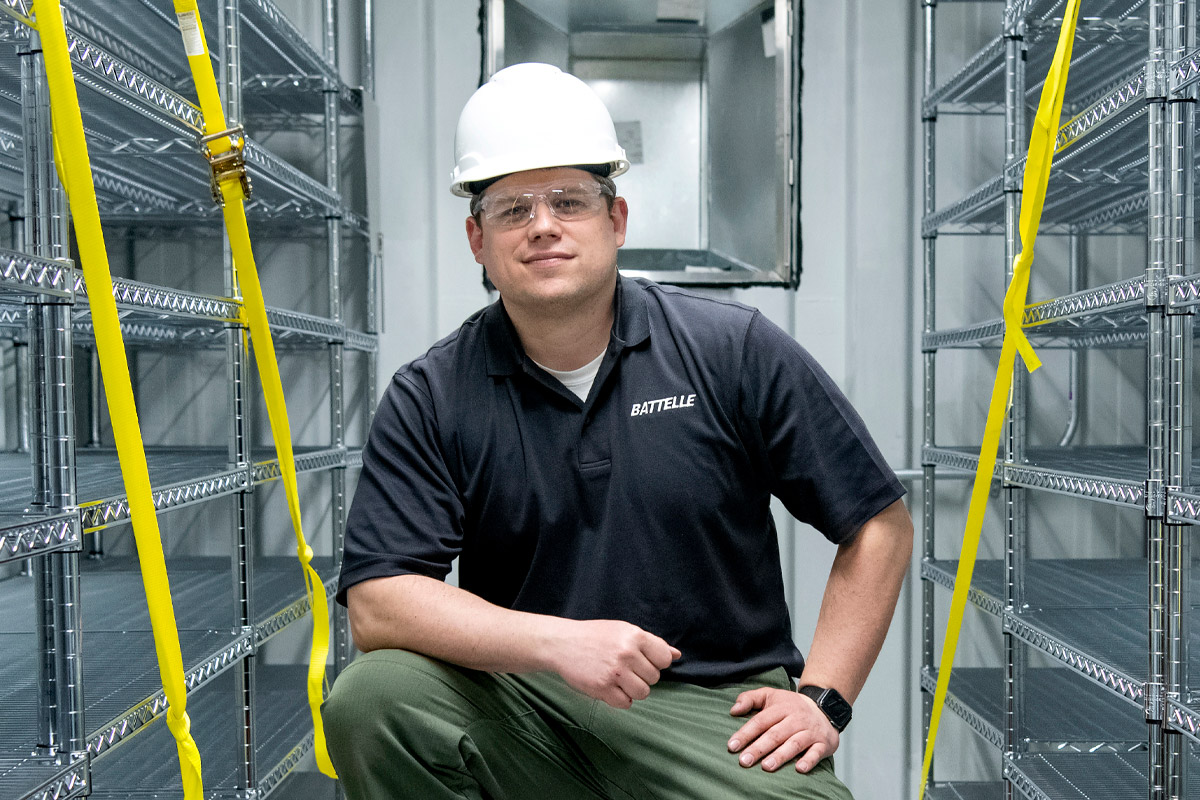 Dan Loesch, principal research scientist at Battelle, volunteered to be part of a team to set up Critical Care Decontamination Systems in several cities.

It’s the middle of April and Dan Loesch is driving a rent-a-truck to Washington, D.C., after spending a few days at home in Columbus.

Before this journey, he spent a few days in Hartford, Connecticut, which followed a few days in Chicago. After D.C., his next stop is Louisville, Kentucky, then it’s on to Jackson, Tennessee.

And from there, it’s wherever he’s needed.

“I have no idea how many miles I’ve driven … a whole lot,” said Loesch, a principal research scientist at Battelle who earned an electrical engineering degree from Ohio State in 2017.

Weeks prior to crisscrossing the nation, Loesch volunteered to be a site engineer for a Battelle team that is setting up Critical Care Decontamination Systems at health care locations throughout the country. These systems decontaminate N95 masks for re-use to protect health care workers during the COVID-19 outbreak.

Battelle will build 60 such decontamination sites at U.S. locations that FEMA will determine. Each decontamination system can clean up to 80,000 N95 respirators per day. The ability to re-use the masks helps in a major way to address the personal protective equipment (PPE) shortage health care facilities face. 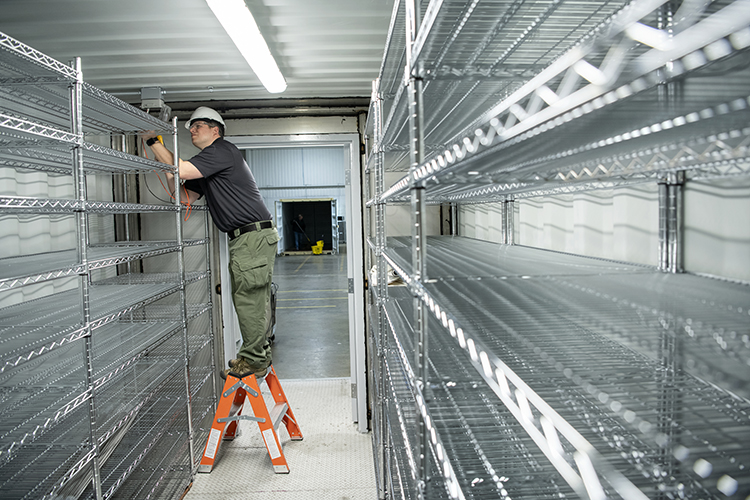 “It’s been all-hands-on-deck at Battelle to make sure people on those front lines, working double and triple shifts, have all the protective equipment they need to stay safe and maintain the fight,” Loesch said. “We want to see this thing beaten.”

When Battelle originally sent out a call for volunteers, Loesch didn’t hesitate. Based on his skills, background and Ohio State education, he was chosen as a site engineer, who would jump city to city to set up the decontamination units. To do this, he juggled a laundry list of logistical tasks and considerations to get the units up and running.

It shouldn’t come as a surprise Loesch volunteered to jump into the thick of the COVID-19 fight when given the opportunity. In his time in the U.S. Army, Loesch was an infantry team leader, paratrooper and Ranger.

As part of the vaunted 82nd Airborne Division, he supported relief efforts in New Orleans following Hurricane Katrina in 2005. Loesch later deployed to Iraq as part of Operation Iraqi Freedom as a fire team leader from June 2007 to July 2008.

“My progression through the military and the different roles I had, being in hostile environments, helped shape my ability to deal with stress, deal with imperfect variables and find solutions,” Loesch said. “This is such a dynamic situation we’re in right now and to see how our own community is responding to find solutions is a testament to who we are.”