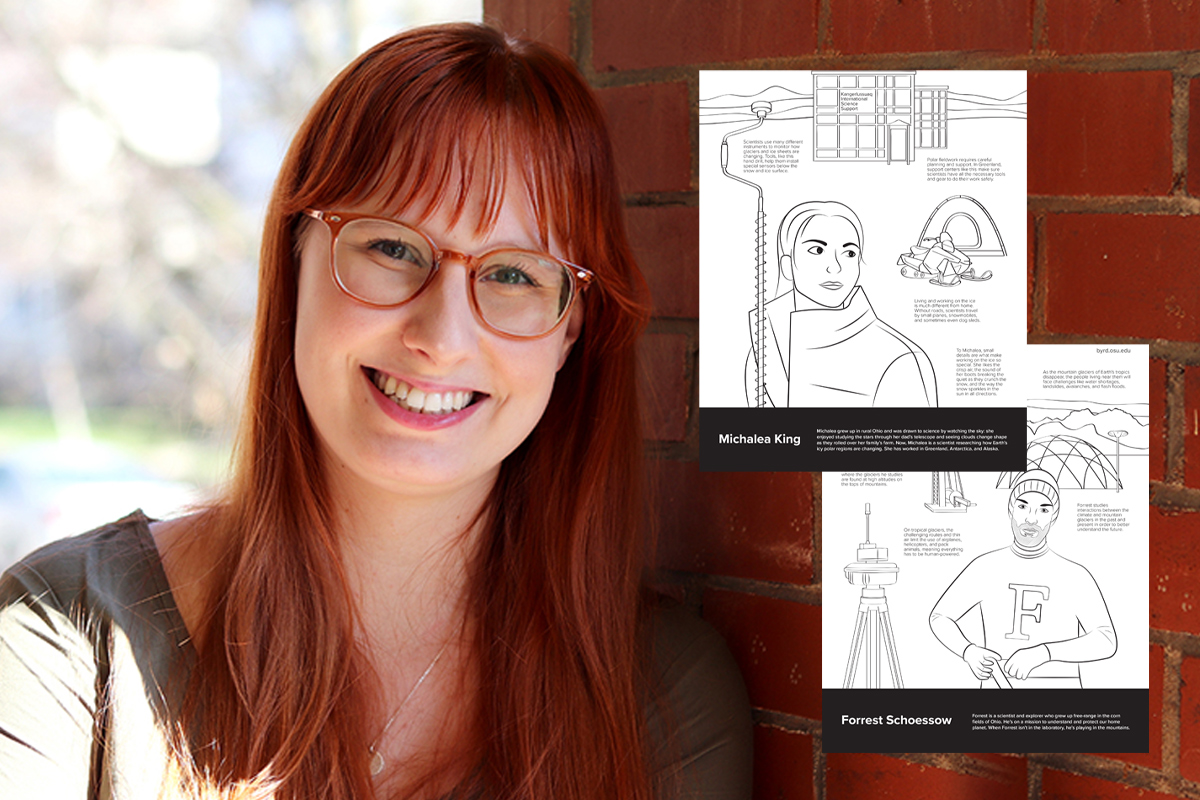 Ohio State visual communications design major Maria Burns is designing coloring sheets featuring scientists that can help provide young artists with an outlet for their creativity during the COVID-19 outbreak.

During the COVID-19 outbreak, Maria Burns has discovered an unexpected way to share her talent as a designer.

Burns, a visual communication design major and graphic designer at the Byrd Polar and Climate Research Center, has been the artistic talent behind the weekly coloring sheets that the center is distributing each week through its Twitter account. The sheets serve a dual purpose — help kids learn about science and also keep them engaged with a project during a time when many of them are staying in the house.

“These can be useful,” said Burns, a Pittsburgh native. “Most of us aren’t leaving the house, and people are looking for little things that can provide a spark of excitement or joy. I’m happy to be able to provide that for other people.”

This project began prior to the COVID-19 outbreak. Initially, Burns worked with Byrd Center outreach director Jason Cervenec and scientist Michalea King to create the art as a proof of concept for a National Science Foundation-funded grant proposal.

When the outbreak caused many families to shelter in place, Cervenec saw an opportunity. “A number of colleagues and I have young children. This was something fun that we could give the wider community and also allow us to celebrate our science each week from a distance,” he said.

Thus far, Cervenec said the effort has received a strong response. The center is receiving numerous completed sheets, some from as far away as Mexico.

For Burns, this project has been yet another example of the varied experiences she’s had working as a designer at Byrd. Her work has ranged from designing flyers to designing an entire climate adaption proposal that the center created with the City of Columbus.

“I’ve met an incredible community of design peers at Ohio State,” she said. “I don’t think I’d have met people of the same caliber if I went to another university. The competitiveness here really elevated me.”