Got voting questions? These students have answers. 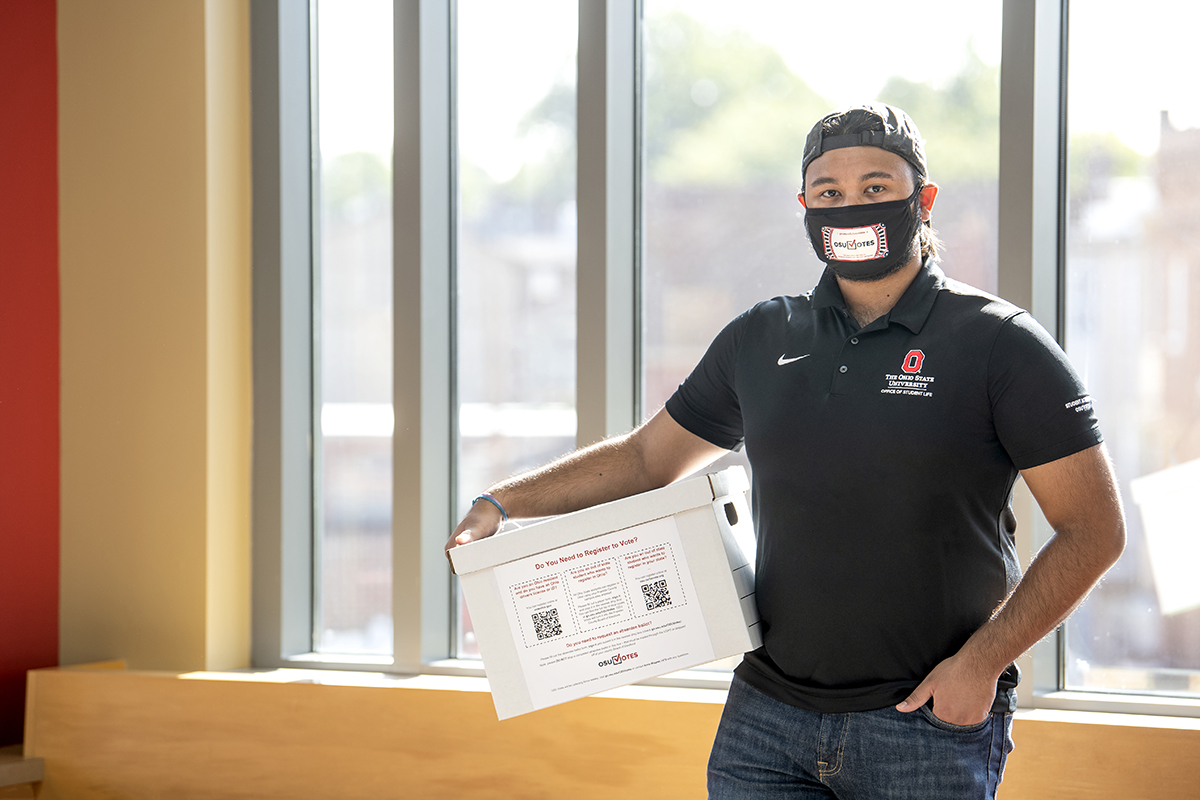 Jillian Finkel remembers being a first-time voter and finding the entire process intimidating. And that was before COVID-19 turned our lives upside down.

But bringing clarity to the voting process and making it easier for Ohio State students is exactly what Finkel and her fellow OSU Votes Ambassadors do every day.

“A lot of college students are first-time voters and they have a lot of questions, especially during COVID-19 times,” said Finkel, a junior political science and history double-major.

“One of my favorite experiences of being in OSU Votes has been to be a resource for voting and civic engagement information. That’s a great privilege.”

In typical election seasons, OSU Votes Ambassadors set up tables all over campus to register voters and answer questions. They also do numerous workshops. This year, due to COVID-19 restrictions, the group has gotten creative with virtual workshops, online office hours and voter registration at turbovote.org. Ambassadors also set up drop boxes around campus for voter registration forms and mail-in ballots.

“We’ve been working extremely hard,” said Mikori Huma, a senior public affairs and French double major. “We want to do everything we can to increase voter turnout and make sure students know how to best educate themselves to vote.”

The group’s work has paid off. From the 2014-18 mid-term elections, Ohio State saw a 29% jump in student voter turnout. In the 2016 election, Ohio State had 59% turnout, slightly higher than the national college campus average of 52%. This year, OSU Votes has a goal of 80% student turnout.

“We’ll get there,” Huma said. “I’ve noticed people have been more tuned in to politics in general the last few years and that’s part of why we saw such a huge change in turnout between mid-term elections. But I definitely think our efforts have played a part of that.”

Finkel said that while the group has lost the in-person visibility it typically has, it’s move to online creativity may have made them more accessible to people who wouldn’t have been interested or able to participate in in-person help.

She emphasized that the group’s work goes beyond voter turnout.

“We want to be uplifting. Our ambassadors make a concerted effort to empower every student, including non-citizens, for example, who might not be able to vote,” Finkel said. “[We encourage them] to be engaged civically however that looks for them. We want to make every avenue accessible for anyone to get involved in government, politics and community change.”