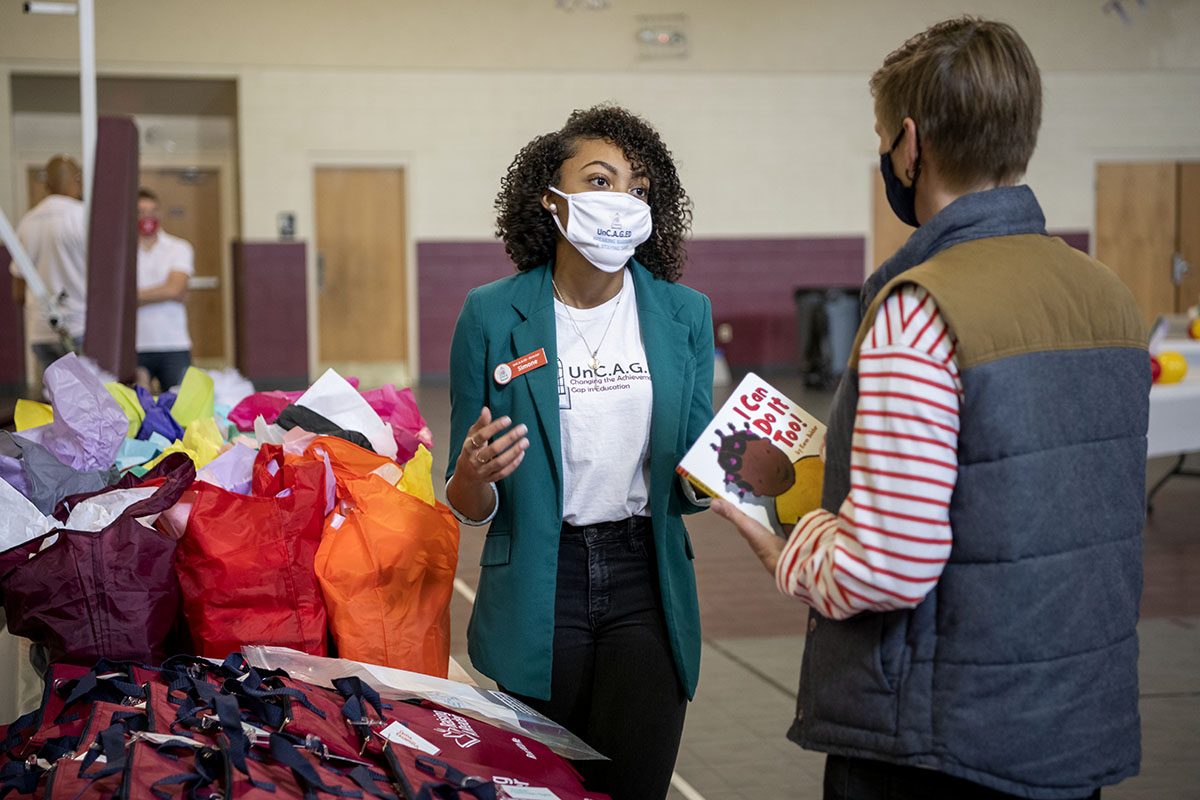 While Simone Bacon ’19 may be leaving Columbus next summer, her efforts during 2020 have the potential to give underprivileged children in central Ohio a hand up for years to come.

A 2020 President’s Prize winner, Bacon spent this year creating her project, UnC.A.G.ED (Changing the Achievement Gap in Education), and setting it into motion. That included recruiting parents of children ages 0-2 from low-income, disadvantaged backgrounds for a reading program to help them develop their babies’ learning skills.

The broader goal is to begin closing an early childhood education gap that exists in cities such as Columbus.

“My passion for the program started out of my desire to mitigate health disparities and health inequities,” said Bacon, who graduated from Ohio State’s College of Public Health. “A lot of the determinants of health are social factors, and one of the biggest is education.”

According to the National Association for the Education of Young Children, early vocabulary skills provide a strong indication of overall success. In the United States, children living in poverty hear 600 words an hour compared to about 2,100 words heard in wealthier families. By the time those children are 3, boys and girls in wealthier families have heard 30 million more words. That gap holds up when comparing African American and Hispanic children to white children. The vocabulary and language gap snowballs into an achievement gap throughout school for these children and can have lifelong implications.

“Education can transform your life,” Bacon said. “A lot of families simply don’t have access to the resources they need, so we wanted to have a program where they can get those resources.”

Despite the obstacles of COVID-19, Bacon continually found ways to push the program forward. It started by recruiting 16 Ohio State student volunteers and 23 families. UnC.A.G.ED. then kicked off in early October and ran through the end of November, when participants celebrated with a curbside graduation. 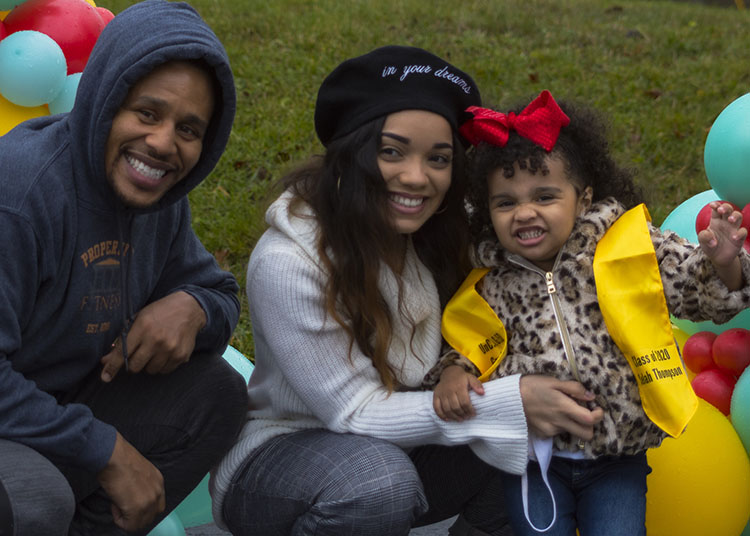 During the eight weeks, parents had access to 100 baby books through the Raising a Reader program. They were asked to read to their babies every day and attend a one-hour educational Zoom session on Wednesdays.

There also were read-a-long sessions with Ohio State students on Instagram each Monday. On Saturdays, parents traded in their old books for new ones. Parents and team members connected through social media groups.

“With COVID-19, we had to be creative and make this program safe for our families, but we also wanted to give them something where they’ll feel a sense of community and togetherness,” Bacon said.

Bacon is currently assessing the program’s effectiveness through parent feedback and focus groups. It will help her and her team understand each child’s progress and ways to improve the program for the future.

While Bacon will be leaving Columbus in late summer for the University of North Carolina at Chapel Hill, where she’ll pursue a Master of Healthcare Administration, she said the goal is to keep the program going. She added that families and her student volunteers are interested in continuing it.

Bacon is working to get the program grant funding and continued through either Ohio State’s Social Change department or as a student organization. She also wants to develop partnerships throughout the community, such as the one she already has with Parent Child Plus, which serves slightly older children. It’s also possible it can expand to 60 families next year.

“We’re hoping to gain a strong footing in the Columbus community and create a strong network for kids from birth all the way through kindergarten so they’ll have a strong educational foundation,” Bacon said.

And despite the fact she’s leaving Columbus, she hopes to stay connected in some capacity and help it grow.

“The program is always going to be a piece of my heart,” she said. “It was a huge success for its first year. Our team became a little family. And the personal relationships we built with the families was amazing.

“We had a family that texted us last week and sent us a picture of her reading with her baby, saying, ‘We’re going to miss you so much.’ It’s those things where we really felt like we left a lasting impact.”

Engineering a cleaner, healthier campus
Block O keeping its presence felt
Got voting questions? These students have answers.
Residence hall peers provide a go-to support source
Creating a welcoming environment
Students work together to inform campus planning
Student mentors help with iPad set up and tech support
Getting researchers back into their labs